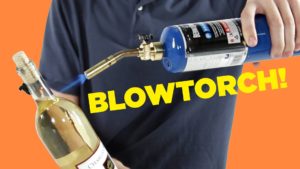 In this hot weather we have had a question from several of our customers who ask;

What is the quickest and most effective way of cooling a warm bottle of wine? Should I use an ice bucket or a jacket from the freezer?

You can wrap the bottle in a wet cloth then put it in the freezer for 10 minutes.

Or use plenty of ice cubes (ideally crushed ice) in a bucket with some cold water and lots of salt [yes, salt]. Make sure the bottle is submerged to the top to be more efficient. Your wine should be cool in about 15 minutes.

Bank Holiday around the corner

‘For many, rosé has meant one of two things – pale and summery, or dark and sickly, said Kevin

‘But we’re seeing a huge change in the category now, as more styles come in. Malbec is a great example. It has popular appeal as a red wine but we’ve had increased interest in our pink styles too. It’s the same with other grapes, like Pinot Noir, as well as whole regions – like Lisbon.’

For those looking forward to the hot August bank holiday, then get your wines in now, Silver Fox has a great selection of Roses and whites that can be drunk by themselves in the garden on those long hot sunny afternoons. Check out some of the wines at Silver Fox. Get your order in now to avoid disappointment.

The rise of White Rioja

White Rioja has transformed its image from tired and flabby to complex and textured, says Kevin.

White Rioja’s transformation has been nothing short of remarkable. A decade or so ago it was the frankly rather poor relation among Spain’s whites, overshadowed by Albariño, and later Verdejo.

Today there has been a striking turnaround. The variety that came to dominate production was Viura (elsewhere known as Macabeo). It still accounts for two-thirds of the white plantings in the DOCa.

However, Viura today needs planting in cooler sites, harvesting earlier, perhaps also blending with other varieties – all the usual practices to enhance freshness and fight the drabness. The Consejo Regulador has more recently permitted ‘foreigners’ such as Chardonnay, Sauvignon Blanc and Verdejo. There’s a strong case for saying that in most cases these varieties overwhelm the terroir with their own flavours.

With this great hot weather keeping our wines at the right serving temperature can be hard. These temperatures go well beyond room temperature! This is where we need to keep our reds cool but not too cool. Keeping our whites and roses chilled but not fridge temperature. So what am I talking about, the good old saying of serving red wine at room temperature, our houses now a days are 21 or 22 at least and this summer even higher. So the full bodied reds such as Malbec, Rioja, Shiraz and Cabernet Sauvignon to name a few are best served between 16 to 18 degrees. Then you have medium bodied and light bodied reds served between 14 to 16 degrees and 10 to 12 degrees respectively. So you can see why we would want to put our reds in the fridge. 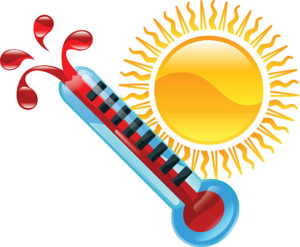 The same with whites, our fridges these days are set at 4 or 5 degrees that is too cold for champagne, prosecco and cava these should be served at between 6 and 8 degrees. Following on from the reds the full bodied whites such as Burgundy, Chablis, Chardonnay and Semillon to name a few should be served at  between 10 and 13 degrees. Similar with the medium and light bodied serve between 9 to 11 degrees and 6 to 8 degrees respectively.

So why do we believe this is key to enjoying wine, at the right temperature the wine can be greatly enhanced as at the wrong temperature it can lose its character, particularly with respect to taste and aroma.

We sell the Kelvin wine thermometers to ensure your wine is at the right temperature.

Added to our site, today is:

A semi-sweet wine from a great wine producing area of Moldova, in Romania.  This is available at only £10.70 per bottle.